Nicolas Dupuis is a classically trained, highly versatile keyboardist and producer based in the beautiful city of Montreal. Music has been in his blood since early age, leading to more than 17 years of experience studying classical and jazz piano performance. He also became the first person to be awarded the Yannick Nézet-Séguin (Philadelphia Orchestra, Orchestre Métropolitain, Rotterdams Philharmonisch) excellence grant in 2012. 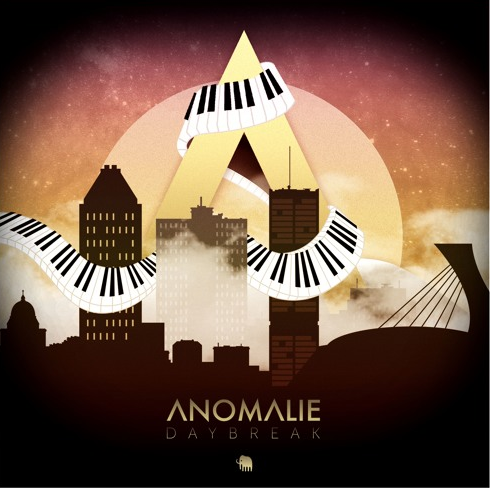 It was around that time he decided a little change might be in order. Using the moniker Anomalie, he began producing tracks infused with a combination of classical music, jazz, hip hop, funk, fusion and various electronic elements. Sounds hectic, but Nicolas pulls it off seamlessly as evidenced on his debut self-titled EP from 2014, and by nearly 2M views his performance videos garnered on Facebook. Anomalie then made his debut on Lowtemp with the single “Odyssée” in April of 2016. Soon after he began touring with Gramatik as his keyboard player on live shows, while working on his second EP, “Metropole”.

With the EP completed and set for a June 23rd release, the first single “Velours” already hit the stores to an excellent reception from his fans and critics – the video of track’s live performance on Facebook gathered more than 200k views in just a few days. The second single is now on the way, dropping a week before the full length release. On “Daybreak” Anomalie keeps things equally as interesting as on the first single, this time opting for mostly analog synth approach. Those synths shine the brightest during main part of the track with stabs that feel like little pocket bursts of energy – emphasized even more by the shifts between toned down parts and the hooks that just make you want to jump out of the chair and dance along. All in all, “Daybreak” is yet another example of Anomalie’s truly unique approach to songwriting and arranging.